One surprise I had was the importance of gain staging or boosting things. You could say, it is like going to see a rushing river in the springtime. The water needs to get to a greater body and when it surges through the course, the behaviour becomes rather interesting.

I posted a sample running @robertsyrett’s ‘g Strings’ through the Make Noise LXD, which was struck, then cv’d by the Pulp Logic Cyclic Skew module. The behaviour of the signal, depending on the power driving it, is a great example of the attraction to analog hardware.

When you look at the way that substances process energy in terms of their structure, you will see water crystallize (or boil), you will see rivers eddy, storms funnel, etc. This is a way for the various factors to resolve the change in circumstance by assembling a pattern that integrates these changes.

You could say that a common catalyst involved that makes the system reorganize, is a boost. The river is running faster, the air density may be much heavier, or the movie theatre candy counter becomes busy enough that everyone implicitly agrees to form a line.

Okay, enough metaphors. What is a boost?

I am running an acoustic with a piezo ----> russian fuzz pedal ----> compressor pedal --> Pulp Logic CTACT —> Pulp Logic Mix-A —> Pulp Logic Outputs. It all gets fed to the elektron Analog 4 and then sent to an amplified speaker.

The issue I am having is that the guitar signal doesn’t trail off properly. I noticed this even before I tried to integrate the guitar (that is, I noticed the fast trail off at the mixer). Its like the mixer is sitting at a power threshold where you need quite a bit of signal to be able to hear it, but then it closes up pretty fast when it should have a natural ‘release’. So it seems like an issue with the modular itself. Its almost like I don’t have enough headroom.

I wonder if you might have a noise gate somewhere in the circuit. At least that’s what it sounds like.

I have a feeling it might be in the Mix-A 1U tile.

The Mixer module won’t actively modify your audio like you’re describing. The taper of the slide pot is meant for audio, so it has a smooth increase in volume, and it also is AC-coupled. None of that will affect the sustain of your guitar. My guess is it’s probably somewhere in the CTACT module, like it has a threshold for turning on. Either that, or your compressor pedal or fuzz pedal has some weird setting.

You can confirm whatever is causing the problem easily by just taking out each module/pedal one at a time and seeing which is the culprit.

If you did or do that and it still seems like it’s the mixer, then is sounds like you might have an issue with the power draw of your case, which could lead to some unpredictable behaviors. Just unplug the most high-powered module and see if that helps.

sounds like you might have an issue with the power draw of your case, which could lead to some unpredictable behaviors. Just unplug the most high-powered module and see if that helps.

I had a look at the stats from modular grid. As far as power goes I am not sure if each row has a predetermined amount it draws. So, is it that each row would have its own issue, or that a heartier module in any row could cause power issues?

Earlier in the thread there was some discussion about power. I seem to be well below the Lunchbox ratings. You get a 1000ma on the 7U row, but I will only be drawing about 750ma when the case has two more modules and is full. The ES-8 draws the most power (around 200).

So I am thinking geez I don’t want to unscrew the ES-8 and do an A/B on the power draw issue. So I plug the guitar in to double check before I pull everything apart and now the guitar sounds really good for some reason. I have no idea why.

Okay so maybe a guitar question…

I get nice sustain when I turn up the CTACT and the MIX-A. But then the guitar is 3x louder than the modular and the Analog 4. If I try to turn the guitar down anywhere in the signal chain, I loose my nice tones and the sustain starts to tail off too much. I am already running through a compressor, so the sustain should be helped there.

You know how with guitars and amps you can usually just turn the main down and crank almost everything else? This gives you lots of power without lots of volume. With the modular, I can’t seem to dial it in. Maybe I need to go back to @stschoen’s suggestions about quality preamps…

It sounds like the challenge I used to face back in the early 70’s. I used a Fender SuperReverb and it sounded awesome when you cranked it up to 9 or 10 but lost most of its sustain at lower volumes. Amps didn’t have a separate gain and volume so if you wanted the tone you had to play at full volume. A good drive pedal is probably your best bet. I use BiasAmp and get some pretty good tones, but with your setup I would think a pedal would be more practical.

I wanted to build this pedal last year but never got around to ordering the board.

So I put the fuzz pedal before the compressor and it helped – I suppose the asymmetrical clipping needs to be driven somewhat. Did some gain staging with the CTACTS, it started to sound really good. Then I thought I would try some interesting routing with the Happy Nerding MMM VCF. Now the guitar sounds better than I ever heard it. Somehow when you get the power just right (with the setup I have) I get really sensitive crunch from my strings then it dribbles off as the electricity fades in the circuits, then absolute silence…no noise.

I used a FuzzFace and a CryBaby Wah pedal and a tape echo. That was about all that was available. My son has several Strymon pedals and I’m amazed at the selection available today. If I was building a pedalboard, I wouldn’t know where to start. Really like the Boss loopers.

Working with loops will change your life. I wish someone had set me up with that when I started. There is no theory – either its sounds right or the note is sour. The other part that bedroom guitarists may miss out on is timing. Once you try recording layers of music you realize how precise you need to be. But I will sit hour two hours trying to get a simple riff correct. I don’t mind. For some reason when I am building loops it doesn’t feel like ‘practicing’.

A loop pedal that has a sync and midi transport would be nice. In the end I am happy with Ableton Live + a midi gamepad converted to a stomp box.

@futureaztec might want to consider rearranging your 1U rows…

Also this company makes some killer 1u modules 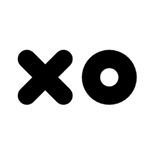 Yeah I looked the o_C 1u, but I feel like I can do everything I want with Audulus and that I would be just acquiring something because it looks cool instead of being grateful for what I already have. I decided to just focus my time in this community and ride the wave we are on. This year has been a blast, thanks so much all of you!

I feel like I can do everything I want with Audulus

I am about to sell my uO_c for exactly that reason. Also the 8HP version is a PTA to use when it is at all patched.

Yeah it does seem like a super module, but most useful as a superpower module in a small rig sans Audulus.

I am still excited to see more people doing more complex stuff in 1u. Someone adapted the Expert Sleepers FH-1 into 1u and it looks amazing. 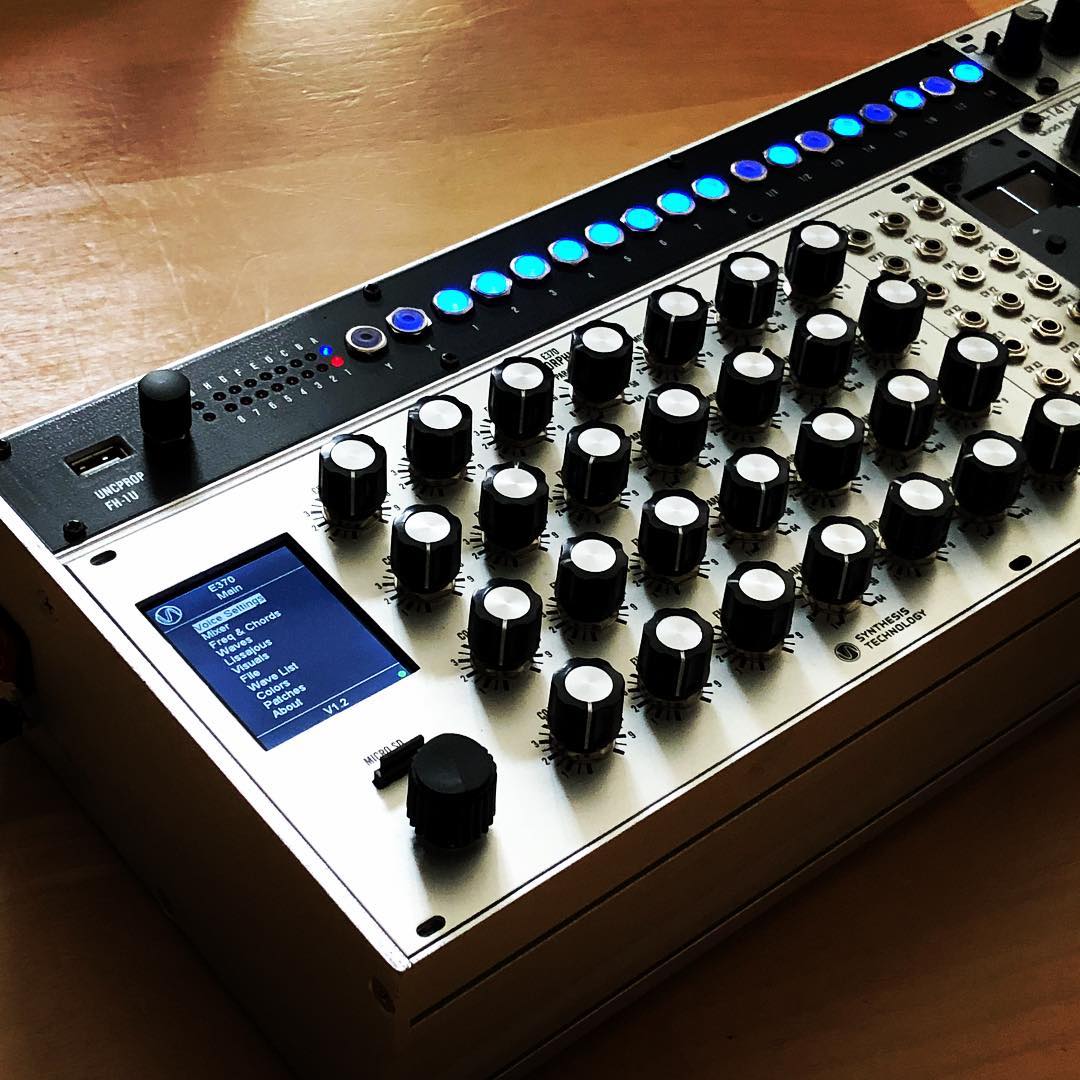 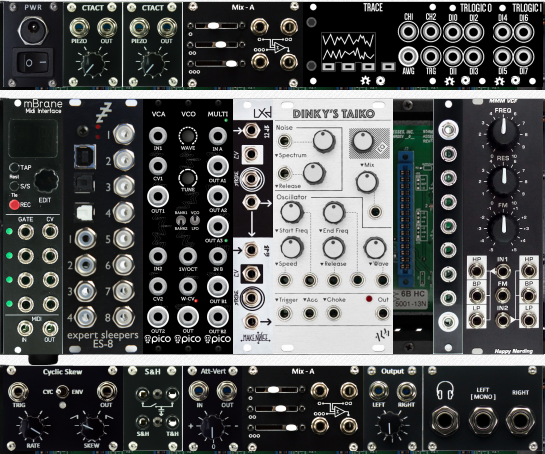 I added Nearness from Thailand (took a while). I wanted to save some hp so I am using this stereo field sum, which is also nice for spreading drums out.

I have the Analog 4 Mk1 clocking mBrane, which clocks Audulus through the ES-8. Audulus is setup with the Multichannel CV Recorder, which is synced, so Everything is running nice and tight. Since I can run overbridge, Ableton syncs the transport with the A4. Then there is a refitted usb game controller into a set of footswitches in a box that I have mapped to Ableton’s record button, stop, undo, etc.

That’s an interesting idea for a 3HP stereo mixer!

Genius idea! Its 3 hp tho

I wish I had spare hp.