Genius idea! Its 3 hp tho

I wish I had spare hp.

Some people were making a 2hp version as well, and some other variations. Another advantage is that I have a stereo filter, so I was wanting to have some stereo voices but I was eating up my PICO Mult. This way, I can just skip the mult step.

I am also very happy to have the Taiko in there. I feel like it grounds the case. I quickly get rhythms out of it, it responds really well to modulations, has a filter/eq/vca/two voices (noise+oscillator) with variable enveloping. The choke is great for opening room for a heavy kick, and the accent input adds a lot.

The A4 has a great hands on feel, with a full analog signal path, cv sequencing, and four complete voices of its own, as well as 2 channel inputs with effects sends.

Then the iPad with the ES-8 running Audulus is a really great way to learn how modular works without needing a large case. It’s main function seems to be as a routing master section.

I don’t feel much a desire for more gear, or flashy modules. I would like a sampler though. Nothing has quite caught my eye in eurorack, but at some point in the future I might look for a used digitakt.

Another advantage is that I have a stereo filter

Probably not news for you, but plugging one LP output into the second channel and going out of the LP again kinda makes the MMM VCF a 48 dB filter)

That makes sense, I’ll try that. Making a feedback loop with the bp and lp into a kick is also nice. I am not very knowledgable on why people choose filters with different dB settings.

@futureaztec Thanks for sharing the Nearness module. That’s a super handy solution. I think I may download their github files and try to put one together myself!

I just wanted to hammer home a point. @robertsyrett advised me to look into the Analog Four mk1, and I have already mentioned how satisfied I am. I just ran into a good overview of the unit. The product overview is actually for the Analog Keys, but it is basically the same, the Analog Four is just a desktop version without the onboard keyboard.

I know getting into this game can be overwhelming, and you can end up needing all kinds of kit just to get your other stuff running. If you are acquiring hardware and trying to figure out how to get everything working together nicely, but you don’t want to be continually looking for the next piece of gear, consider the video below in terms of what elektron can offer that covers so many bases.

I fitted the last piece in the puzzle. The WMD MSCL (found a used one). I was thinking about putting a Disting in there but the SC compressor would have required that I put the signal through a ADC>DAC cycle. With the MSCL in there, everything remains completely analog. Nothing wrong with digital, I just didn’t want to do any conversions at that point in the chain.

So far, creating drums, spreading them out into a stereo field with Nearness, then running it through the stereo MMF, and finally dropping it all into the MSCL has been really good. Dinky’s Taiko is now a whole other beast. 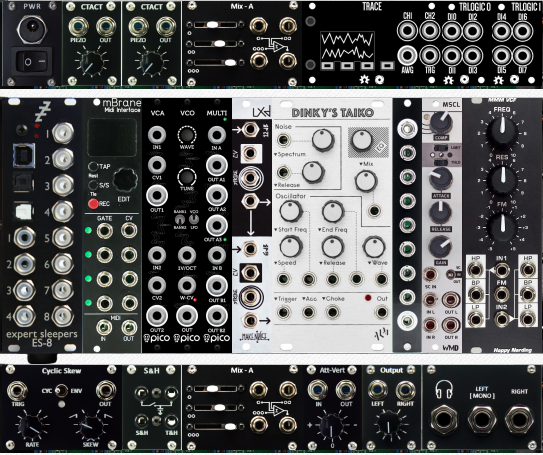 I will just need to look into the Strom Mobile at some point and then everything will be fully off grid.

Gaz Williams mentioned a cable coming out that will allow one to power the elektron Analog 4 using a usb battery. I might not need the Strom Mobile, as I believe the power supply in the Lunchbox is also battery friendly.

Apparently after years of crowdfunding, the Ripcord USB to DC power cable is now for sale on their site. So you can use a battery pack to power your synth anywhere.

I just looked up my specs on the elektron site and double checked on the manufacturer’s website.

Haven’t ordered yet. If anyone does and has feedback that would be great. 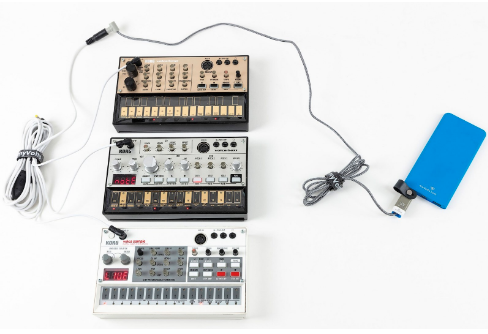 I noticed there is an odd reddit thread that leads to a dead end.

But if you read the reviews on the site they are all positive.
And they quote Gaz on their kickstarter which has met its goal:

Kim Bjørn brought an interesting small setup along to the Danskmodular meet-up last Saturday. It included the Mi.1e, a bluetooth MIDI to CV adapter that connects wirelessly to an iPad, enabling it to operate, via its own iOS app, as a sequencer, LFO, MIDI to CV interface and more. 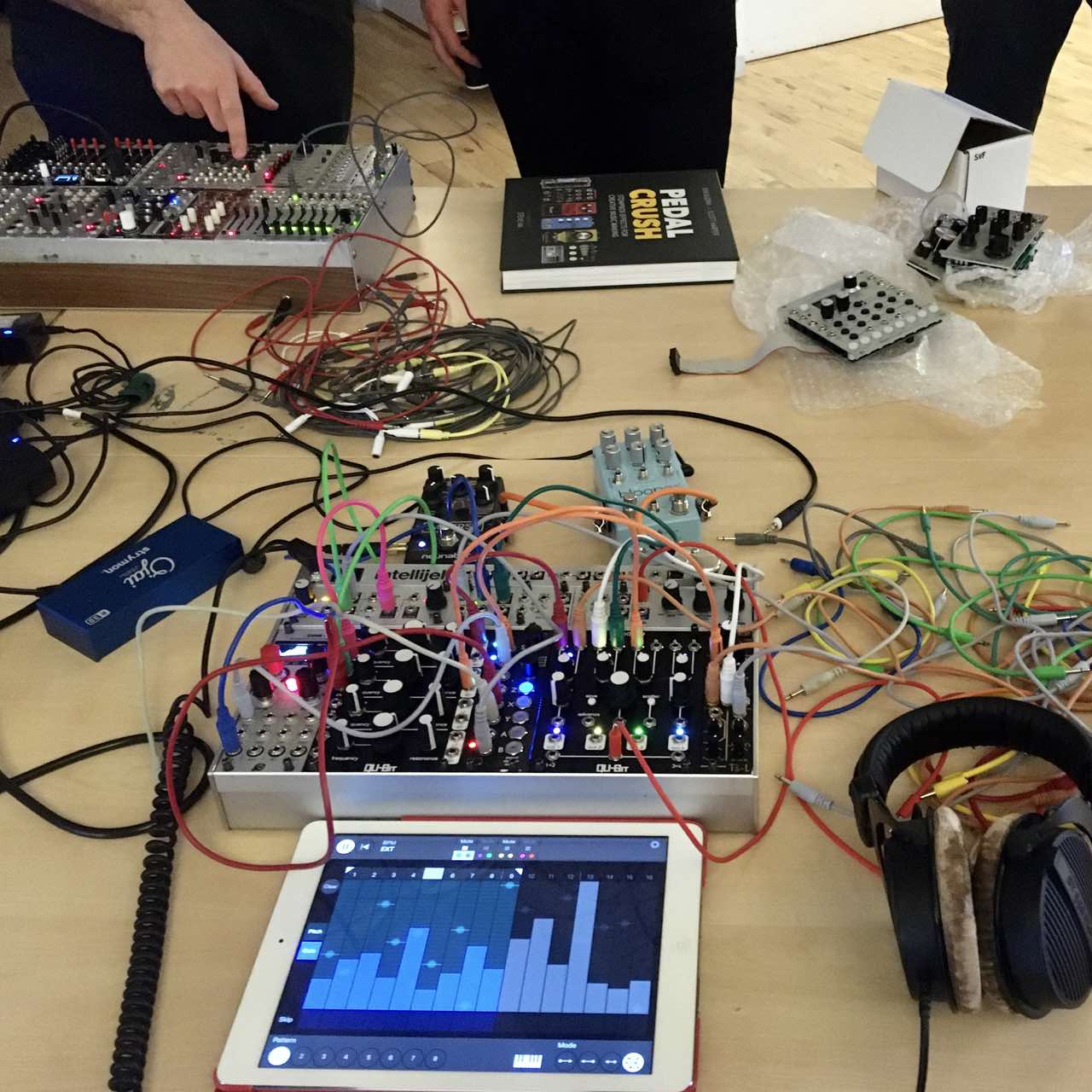 There’s a little more on it in this review, which also mentions the similar Instruō Aithēr.

Because I stumbled onto Korg Gadget being able to send midi over Bluetooth to Audulus , the Es8 seems to still be my best bet.