The A4 is it’s own world. The Mk2 has lots of improvements, buy honestly I like the form factor of the Mk1 quite a bit. The 4 voices may seem limiting but in practice it is quite possible to make amazing tracks with just the one unit. I think the used market will catch on that the Mk1 units are undervalued, but at the moment I would agree with shred that Elektron sequencers are a great complement to modular and it’s hard to find a better deal than the A4 Mk1.

How about the Chase Bliss Thermae or the new version of Tonal Recall.

I’m not familiar with them, but the knobs video makes them sound great! Of course that’s a bit of the problem with his channel, he makes everything sound great.

it’s hard to find a better deal than the A4 Mk1.

My headphone output levels seems to be pretty quiet. Is this just the nature of the Pulp Logic outputs? It’s funny, when I first hooked everything up it seemed like I could barely turn the mixer up because it was so loud. Now if I max the faders on the mixer I can hear it okay in my headphones but it isn’t really driving them. Anyone know what might be happening?

Hard to tell without seeing your patching and knowing what kind of headphones you’re using. Some, like mine, are high impedance and will be naturally quieter than others.

I have a pair of AIAIAI TM-02’s, but I also tried it with Symphonized NRG 3.0’s, and some cheap Skull Candy buds. I have a feeling that you are right – that I might have something patched funny. I will poke around a bit.

The zippy, slippery resonance on the Happy Nerding MMM VCF is like 8 bit caramel, with a vinyl bump. For some reason the minor differences between the left and right circuit outputs contribute to presenting something like an asymmetrical stereoscape.

Yes, so so far I would say I am glad I am trying to cram stereo lines in my small case.

The only thing is I am having to ‘gain stage’ (not sure if that is the right term) my signal by passing it through two Pulp Logic piezo tiles in order to drive the circuits. Then again I am using Audulus as a VCA. My PICO VCA is supposed to arrive today though. Maybe that will drive the patches better.

Any thoughts on the Low Strike Duo or the Pip Slope? Both are available used. The cyclic skew is my only hardware envelope at the moment. Just getting close to full, must be careful.

I made someone an offer on the LXD. Something about vactrols – optoelectronics has me excited. I really like the intersections of logic and electricity as a texture. It also has a filter built into the circuit so I just need to send it an oscillator and strike it and I will have another voice. Nice to have something from Make Noise in there.

I’m pretty much addicted to the optomix. I think the LXD will serve you well.

Can you share any info on the Tea Kick? 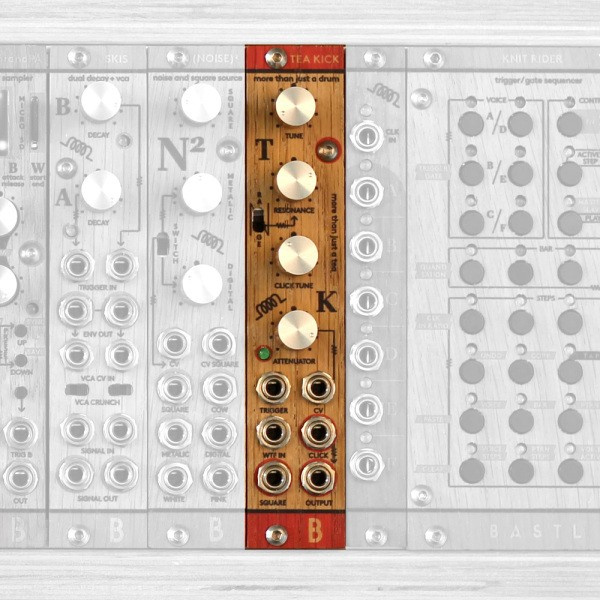 image.jpg600×600 126 KB
@futureaztec Full description of the module and design behind it: https://www.bastl-instruments.com/modular/tea-kick/
I did a DIY kit for it and have used it for a drum voice, fat basslines (thanks to the CV control), and even have had some great luck just using it as a CV-controlled bandpass filter with the WTF input.
2 Likes
futureaztec November 7, 2018, 9:35pm #195

I am in a jamb and feel drawn to the 2hp kick. Possibly because I already have ALM’s Taiko in my rack so I have some character there.

Just trying to get my head around routing. Trying to figure out how to get a sidechain kick going right. I read that I could use the LXD to do that. 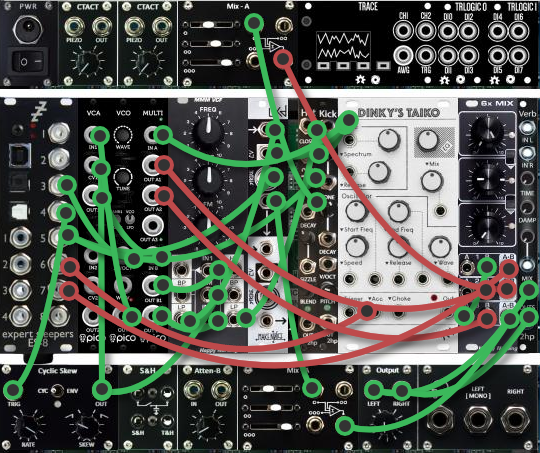 I turned the Cyclic Skew on and multed the envelope to the FM on the multi mode filter, then took the high pass out and multed it to the mixer and back to the second stereo input of the filter and out of the highpass to the mixer. Meanwhile Dinky’s Taiko is getting the Cyclic Skew’s envelope multed to its trigger. The resonance on the filter is enough for the weight of the kick. Doubling the signal in a kind of loop brings it to a club level. The Taiko, trailing a bit gives that third character with heaps of untapped modulation possibilities. 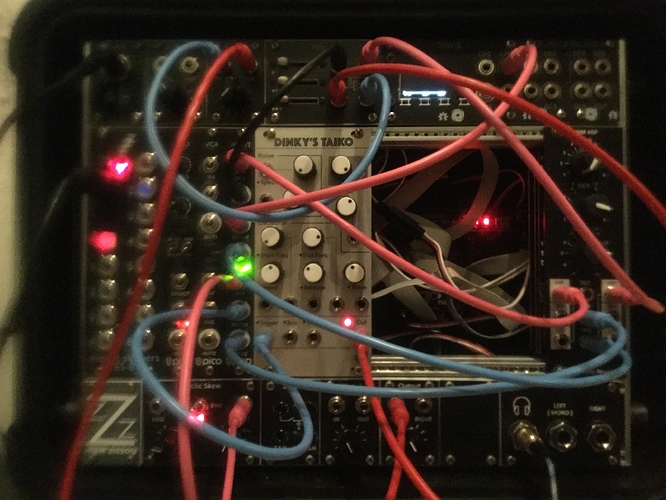 Thats good because I have been a little over the top with the need to have some animal sound.

You people and your vimeo accounts! I light have to sign up for one of those.

LOVE the Taiko. sadly I don’t have it anymore. here’s a quick vid of some glitchy stuff, all of the drums/percussive elements are from Taiko modulated by a bunch of random lfo’s form Audulus and bubbly stuff from the STS Benjolin
Taiko and Audulus

I got into Audulus as an iPad user and just recently got the modular. So quite a few tools and patches didn’t strike me as being so useful as they do now. It would be an interesting thing to try and take some inspiration from the Rene videos and see if the MF Twister could do some higher level sequencing.

A bit hesitant though, setting up a midi device to control Audulus to control the modular. I just don’t have room in my rack for a sequencer so I am looking at various possibilities. I wish I could test the product in Audulus to see what’s possible. 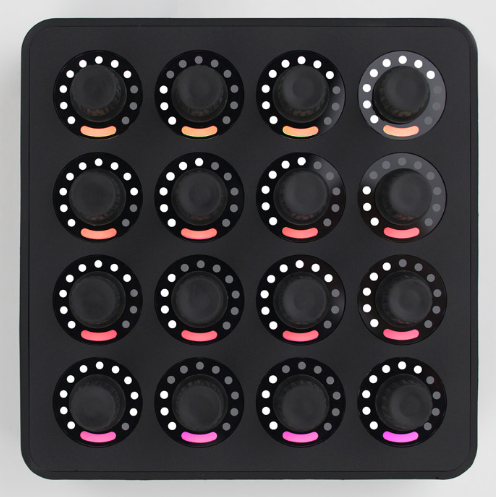 But then I remember that this version of Audulus is not doing MIDI out. I suppose then I would have to run a host app and have it do the midi light control. Hard to say what might happen without trying. The idea would be to set up the same sort of cv outputs that Rene has, but coming out of the ES-8.