This ongoing project will teach you how to use the built-in module library using individual Audulus patches. You do not need to purchase Audulus to be able to use these patches. Simply load them into Audulus, read, interact, and learn. 1 Clock Module.zip (221.0 KB) ├─ 1.1 Introduction to the Clock.audulus4 (12.9 KB) ├─ 1.2 Clocking a Sequencer.audulus4 (39.5 KB) ├─ 1.3 Clocking an Envelope.audulus4 (18.6 KB) ├─ 1.4 Putting It Together.audulus4 (85.3 KB) ├─ 1.5 The Clock Module.audulus4 (2…

Hi. I am completely new to Audulus and a beginner with modular synthesis. After getting Audulus on my iPad, I was looking for an easy way to get started. I usually search YouTube for related tutorials but could not find any that really worked immediately with me using my iPad. I do not want to update my Mac to make it compatible so I can use Audulus on it. There are some pieces of software that will become outdated if I do.

Fortunately, I was able to find the tutorials above, which helped out a lot. But I think there could be a more easily accessible way by making those tutorials into a video for YouTube, especially for those who do not work well with text.

Actually, over the last several years, I have noticed that I have been tending towards more YT videos instead of text based instruction for synths of all kinds. It seems to be quicker.

Thanks for your input @playinmyblues ! I absolutely plan on doing some YouTube videos, a couple this weekend in fact. What I like about the patches is that you can open them up and immediately play with them. What I think I’ll do for the videos is make a video per section where I walk through each tutorial and basically read it and elaborate on each one.

My internet really sucks where I live - only 1mb/s upload - and so I’m waiting for the new local library to move into its new building where I’ll be able to do streams since they have better upload speed there. I tried streaming from home and it was impossible - but that way I hope to answer a lot people’s real time questions as well

It is good to hear you are looking at doing some tutorials on video. One thing I forgot to mention is that a lot of people like to try to use stuff right away. So, I tried putting some modules together to see if I could understand how to use Audulus on a basic level. What I thought should have produced sound did not. I will try to reconstruct the patch to send it as an example. I did something with Audulus where it does not want to access that folder.

Making it easy to use is great. A lot of guitar players really like only three knobs on their pedals. Watch That Pedal Show for that type of thing. I know that is quite different than this environment but the principle of simplicity applies.

One feature I would like to see with Audulus is a grouping of modules. You already have it on the screen interface for tiles but not when you go to place larger modules.

Here is a patch where I added an audio out. The audio out did not output sound until I pressed the switch in the VCA tile. I think that must of been what was happening before. I made a video of it. I will see if I can post a link later.
Test patch.audulus4 (147.5 KB)

I see what I did wrong now. I was not adding the connection to the M input of the VCA. It can get frustrating when first learning.

The tutorial files you provide were great though.

And I just found the module descriptions in the interface. You have that feature ticked off as well. Nice job. This looks like a lot of fun.

a couple this weekend in fact. What I like about the patches is that you can open them up and immediately

Good to hear from you again man!

likewise, I’m just procrastinating updating to OS 13 and then I will install A4

Hi. I am new to Audulus just having installed Audulus 4 on my iPad. I found the Know Your Nodes series on YT. I am having a little trouble figuring thins out as the interface is a little different. I think I almost have it working from the first section of the 1st tutorial, just not quite. It looks like a node appears off to the left side of the screen but I cannot see it. And I might have figured out how to make a via module but am unsure of that as well. I would like to learn how to use this aspect of Audulus. It looks like it can accomplish a lot. Any help would be appreciated.

FYI I think that series is more geared to users that wish to make their own modules to use in A4. I’m like you and new to Audulus, I have been finding the SoundForMore Audulus tutorials a good introduction: 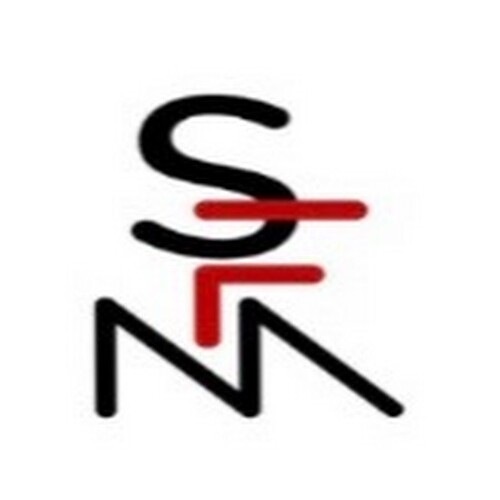 This channel is dedicated to share knowledge to everyone via the creation of tutorials on how to use Music Apps and more. I cover predominantly iOS apps but not only. My tutorials are shorter than others because I believe not everybody has the time...

They have both certainly helped me…

I will flesh out this post better tomorrow, but for now, here’s a zip of all of the submodules that are useful to build modules. Submodules.zip (89.0 KB)

You can download these here and just look through them, see how they’re built, and try to replicate them for practice.

I ended up calling the via a “tab” in this one, but that’s a pretty easy module to make - take and input and output node and either group them or create them inside of a module node, wire them together on the inside of the module, then pop back out and arrange where the I/O is on the panel of the module. If you look at the tab inside this tool kit, you’ll see it’s simpler than it sounds!

Being able to create your own modules is something that I would like to experiment with. Thanks for the yt link. I have gone through one or two of those SFM tutorials.

Thanks for those. I will have a look at them and see if I can figure them out.

FYI I think that series is more geared to users that wish to make their own modules to use in A4.

Audulus 3, but that is definitely the case. My intention with Know Your Nodes was more of an adjunct series that was meant to explore the node library and then slowly lost focus. Currently I took a year long break from using the iPad all together, so I am coming up to speed along with the rest of users.

@biminiroad 's Wired Up series is doing a great job at showing the current meta for building modules from nodes if anyone is in need of learning that skill. That’s where I am looking to find out the inside tips for how to build efficiently.

The nod3s look like a very interesting way to create your own patches. I imagine that the use of some larger modules that are available in the Audulus 4 library use a lot of CPU. I am currently using an iPad 6th gen. There are a couple of patches included with the factory patches that crash the app and shut it down.

I would like to be able create my own sub modules and modules from scratch. Not being able to make a simple Tab module shows me I am missing something in the process.

I can make some patches using the currently available modules and tiles so that part is not a problem.

Here is a video link to me trying to recreate a Tab module which was provided with the Submodules.zip file earlier in the thread.

Hey, I thought I replied to this but I guess I didn’t? Are you still having trouble making your own submodules?

I think you might be overlooking the “lock” icon. Click that to unlock the module and then you can drag the controls around. Check the SfM tutorial on creating a noise module (Audulus 4 - Tutorial 5: How to create your first Noise Module from Scratch - YouTube) at 6:30.