This synth voice is made up of 7 oscillators that can be spread across the harmonic series and be shaped into a variety of timbres.

Yes!!! So I literally was just looking at the manual for the Basimilus Iteritas for possibly tackling the clone in Audulus when I decided to check the forum updates today. Looks like a beauty! Can’t wait to play around with this.

Having some fun with this. Great module.

I thought the module had some really nice sweet spots that would be easiest to demo with a voice over. I wouldn’t mind if it caught on

I officially think the oscimillator is pretty good exciter for rings.

Mesmerizing voice. I really like pushing the drum side of things and I have some ideas but I am quite inefficient with them. I replaced the noise source with something dirtier. Is there a better way to produce crackle?
Crackle Heavy.audulus (122.8 KB)

Here is what I was working on for the BopPad which I like to orient for snare rolls. 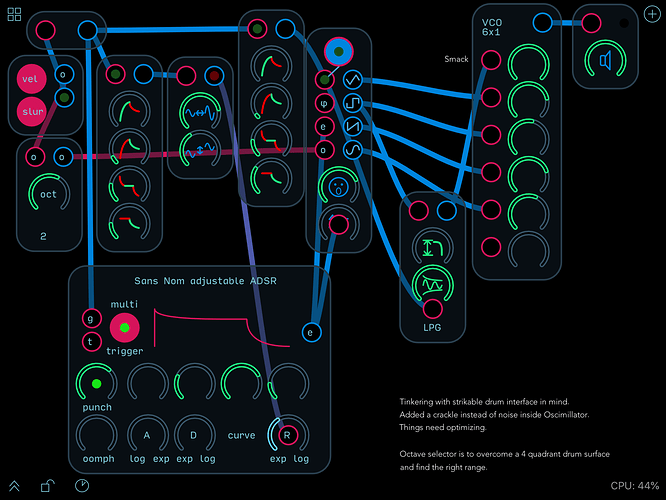 The phase input is tuned from 0 to 1 for 360 degrees of phase, so a -1 to 1 gives you 720 degrees, I left it like that because it allows you to push the module into crazy noise territory (who doesn’t enjoy a bit of crazy every now and then.

Here is a module that I have been experimenting with that is just two sine wave oscillators phase modulating each other up to 720 degrees, mess around with it and you can see that you can get plenty of crazy crackling sounds. You can get an even larger range of noises with two oscimillators! 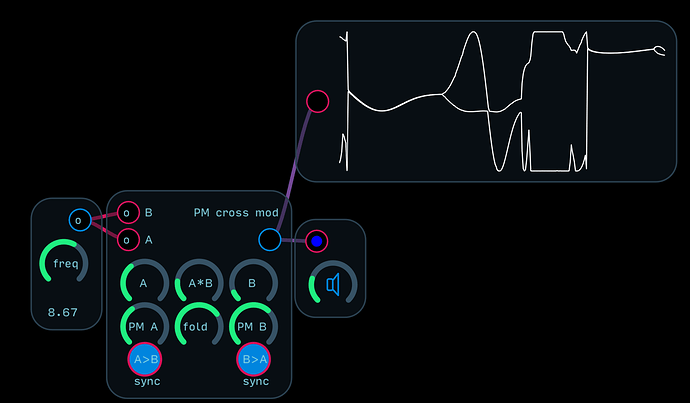 I implemented the PM cross mod and it knocked down the CPU 5%.
Oscimillator For BopPad 0.2.audulus (202.7 KB)

But I added a % Chance gate in order to give it more sizzle. 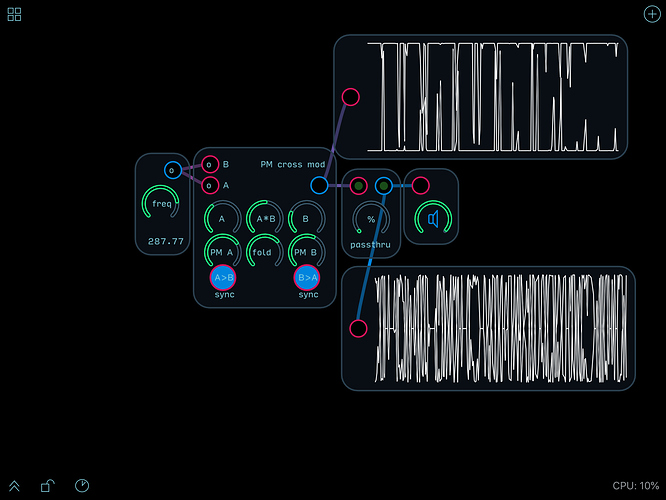 Nice, that reminds me of something you would make with mutable instrument’s branches module.

Okay so I rewatched the tutorial on this one. I suppose I misused the PM Cross mod. This this is actually pretty amazing and deserves its own post (and possible some custom Syrett icons to make it less understated).

Here is a very basic patch that (I hope) properly combines the PM Cross mod and the Oscimillator Synth Voice. 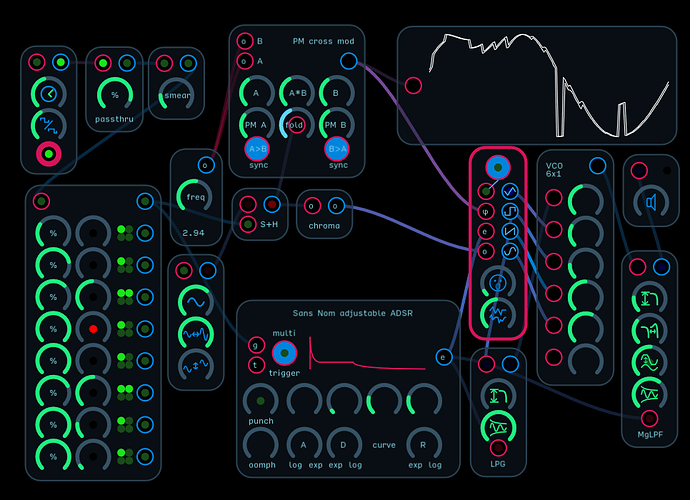 *the idea here is to get lost tweaking knobs and to add the details that would make this patch stand out (quantizing scales, modulating the knobs, etc…). In other words, it is not a generative patch yet. Some nice results tweaking the ADSR, the PM Cross Mod, Filters, and Oscimillator module itself of course.

Here is another snapshot where I have cranked the clock way up but also the passthrough gate and added some attack.
Approaching BI Alter - Z.audulus (419.0 KB)

You can generate all sorts of sounds with knob twiddling on this patch.

Cool, yeah. I didn’t realize @robertsyrett was inspired by the basimilus iteritas alter. Hopefully I will make something more detailed here soon.

The pm cross mod is killer.

I am not feeling well right now but I thought I would put something up just to give some context to the voice. Messy patch.

I just threw some elements together thinking I would switch them out for others. Whatever.

For some reason that patch reminds me of snakefinger. 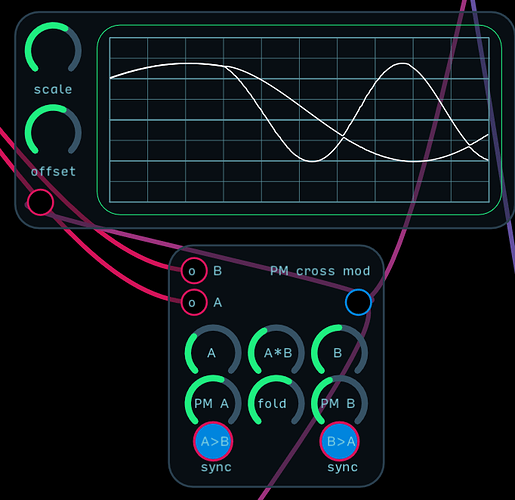 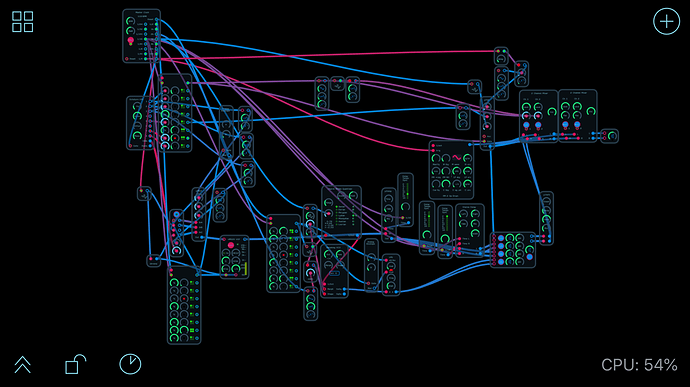 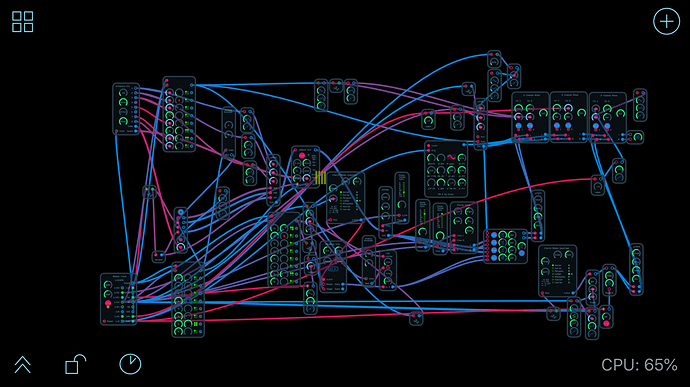