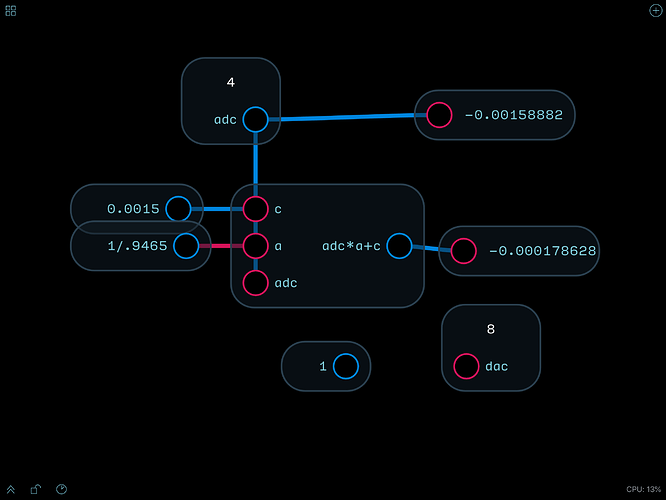 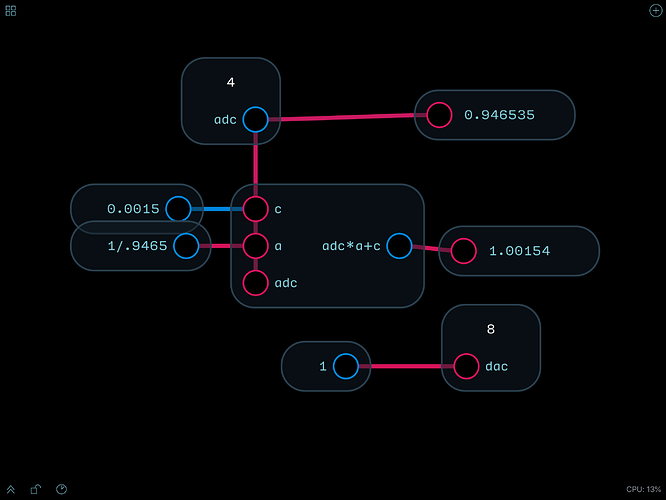 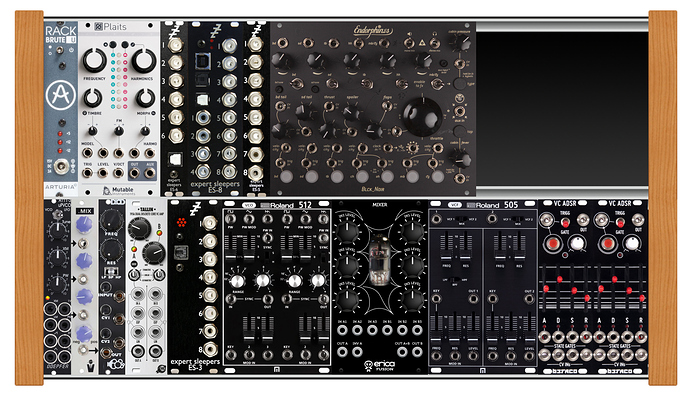 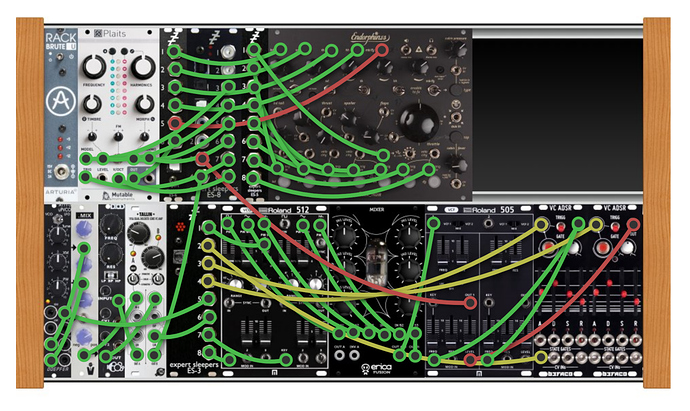 It occurs to me that you could use/convert the uBurst V2 module to add ratchets to the drum machine. The V2 is largely adapted from the rachet function of the Reticulated Gate Sequencer anyways

Yeah I was thinking of doing that just not sure how to do it per-step without adding one uBurst per step - ideally there’d just be one uBurst, or maybe two. I was trying to do hard divisions like triplets, etc, but I couldn’t wrap my head around it just yet. Here’s the file so you can see what’s going on inside.

I’m going to try to add more sequencer lanes so you can queue up a whole song - maybe x4 patterns. Still playing with the form factor.

Need to add mutes and level controls for each sound too, as well as FX routing (so you can have delay only on your HH for example and not when the drum kick comes around).

That will probably make more sense once I have a Plaits in hand to try it out.

Right now it looks like a stand-alone patch, like you would have this running and that would monopolize the ES-8 for the most part. This is a great showpiece and I like the idea but I’d be interested in stripping it down to the core elements.

Like How about a module that can easily set the drum type and associated parameters? Then you could use other sequencers to control that. At the very least, making such a module would simplify the internal design of the MIPDM.

Per step FX is a great idea for a stand alone module as well. I could see lots of other uses for it

Yeah the idea is to build the deluxe version for a demo video that shows off the extent of what you can do, then strip back some controls for a more functional less output hoggy version. I also don’t like using a big module with too many controls when I’m making tunes - gets a little overwhelming.

too many controls when I’m making tunes - gets a little overwhelming.

That’s one of the best things about the uModules, the bite sized pieces make the overall patch easier to understand.

At any rate, I should be getting my Plaits some time tomorrow and will probably get around to installing it on Tuesday, so I will be of more help around then.