I’d be interested to see how other people have changed or added anything to these. Please post your patches.

Also, welcome to hear of any bugs or ideas you guys ‘n gals have. Cheers!

Bugs I know of: 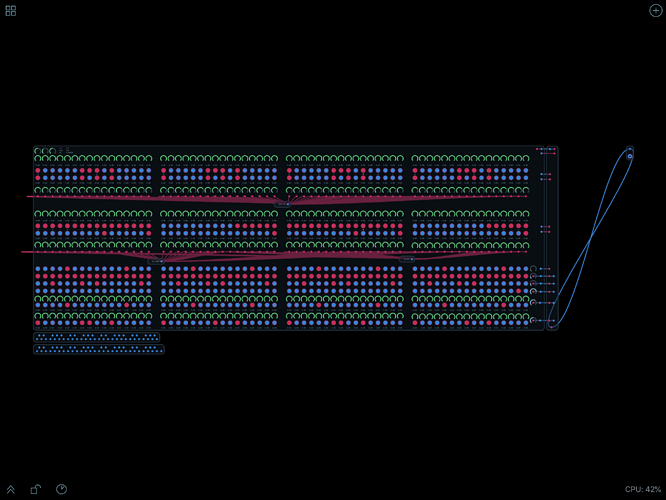 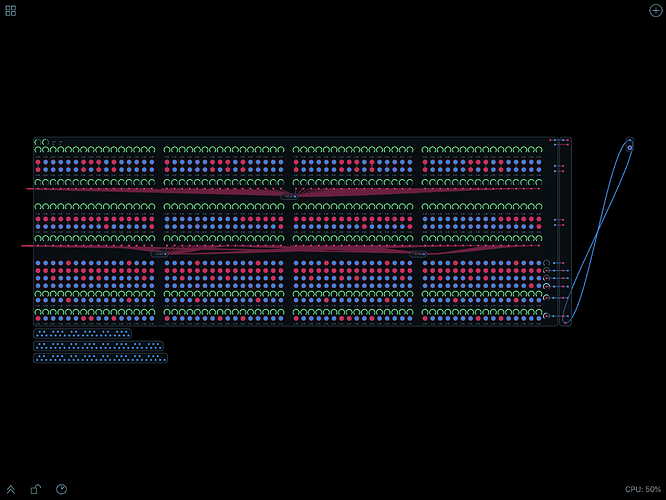 Arg… Clocks not syncing with plugins… Imagined they were for a sec there… May have to re-do the sequencer to work with negative starting clocks… Nuts.

Sadly, you have exceeded my CPU

The perfect opportunity to upgrade from this 2009 imac perhaps

I’ve been feeling the age of my 2010 Mac as well. The wake up call for me is that I can’t update to Mojave.

It starts breaking up on me when dialogue/input boxes appear on my iPad Pro as well. Give me a sec I’ll make a trimmed down version. 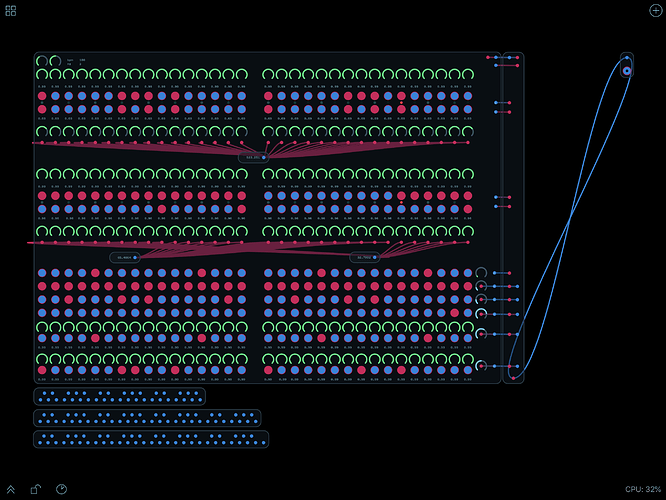 Even the guts are elegant 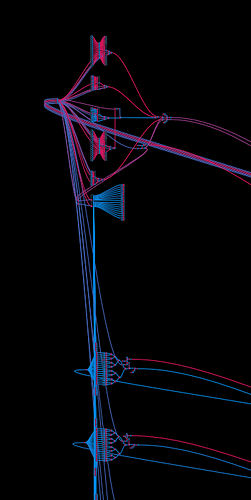 Great - you were really able to bring the load down. Works nicely now! 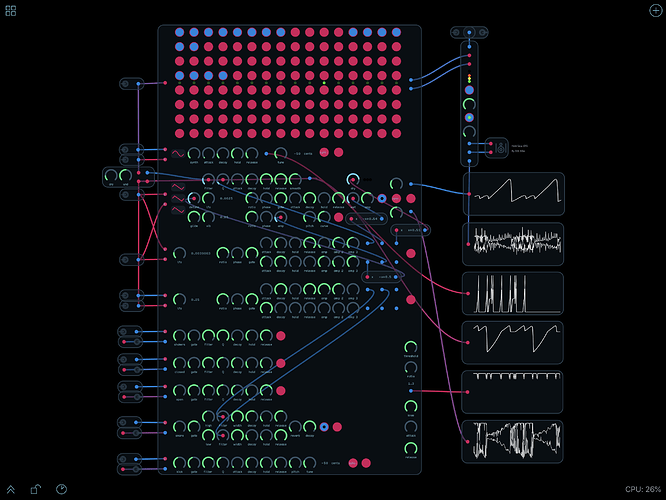 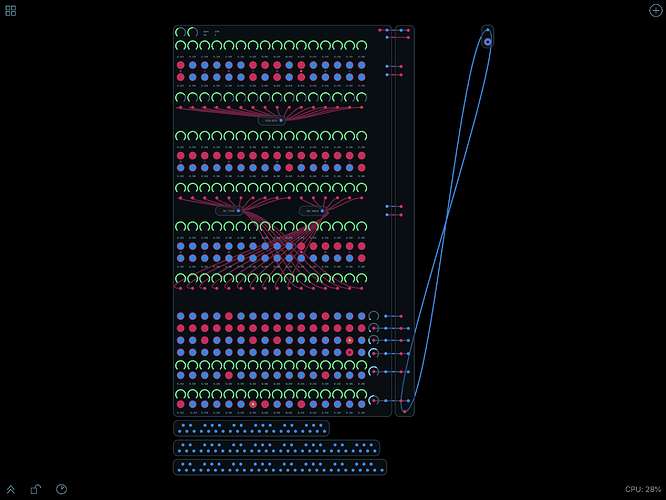 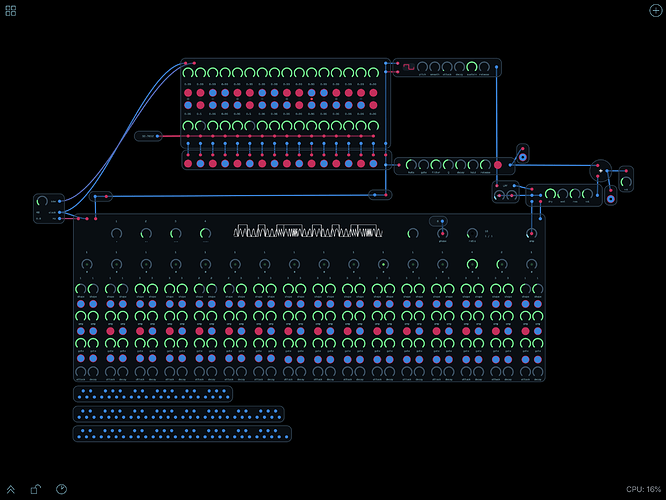 Well, I’m going to slowly rebulid this. I made a mistake with the clock from the get-go. Version 016 won’t be compatible with any previous versions, but it should be in line with all other Audulus clocks and modules. At least the old versions will give examples of can be done. Pretty stoked to have the Underachiever module fully working together with it (Massive Performer In Audulus). Next, I’d like to make (you can help if you want) a drum and bass machine out it all. The ride cymbal is coming along (It's A Trap! Sizzle (Ride) Cymbal Mod). I should have a solid kick and snare done soon. I kind of like the sound of noise hi-hats, but later I’ll get on more metalish and splashy ones. 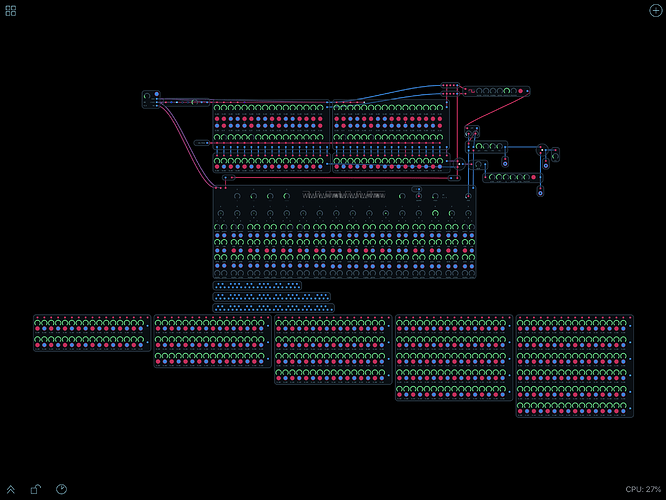 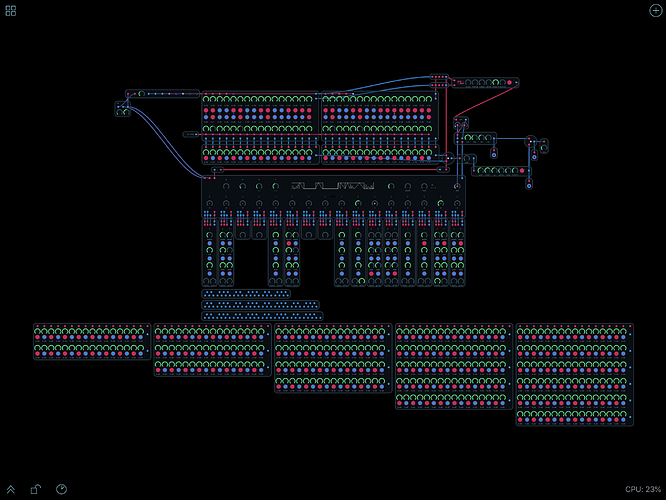 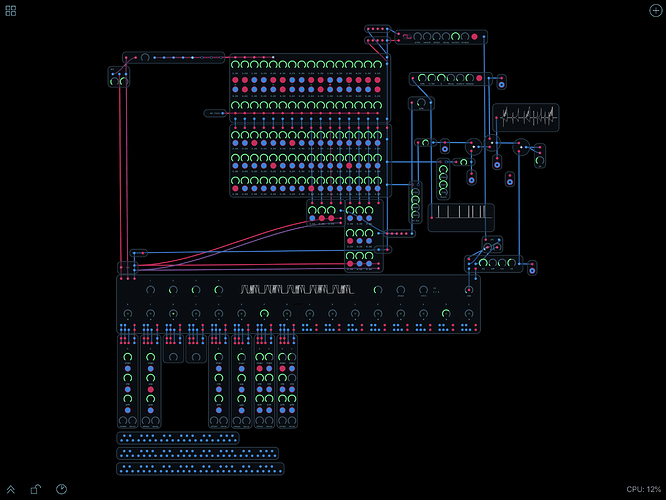 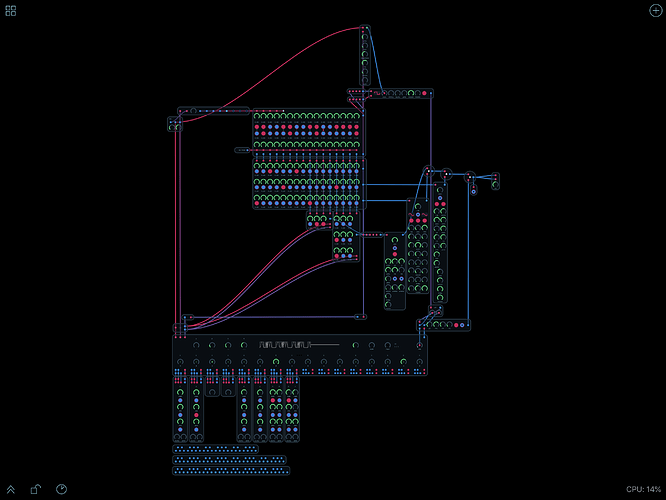 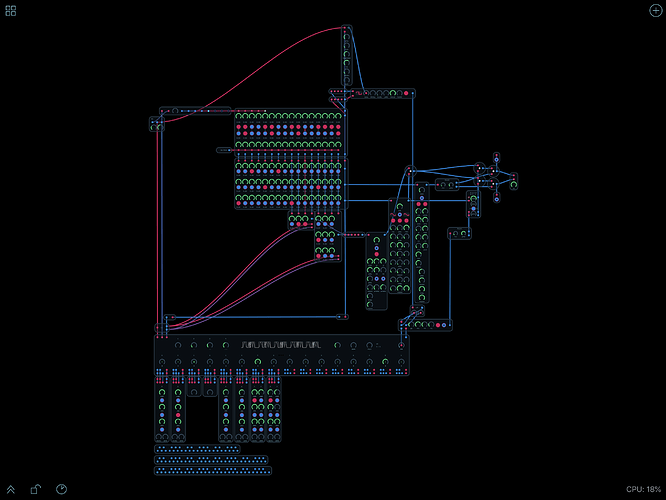 I made the drum modules as lightweight as possible. So there was room for effects. Added reverb and sidechain compression. M O O N W A L K compressor by SteveX. Thanks for the update SteveX!

Moonwalk - a compressor to pump your kicks Effect

It was suggested to me to make this patch it’s own thread, so here it is! A compressor with a side chain input AND a clock input. This compressor will automatically adjust the release time to be in sync with your patch. I wanted to call it “Pumped Up Kicks” but I’m sticking with my space theme. Enjoy Moon Walk by SteveX.audulus (42.7 KB)